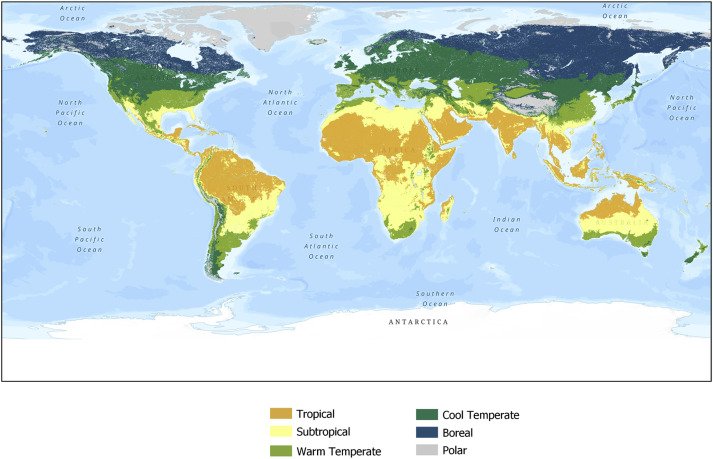 Source: An assessment of the representation of ecosystems in global protected areas using new maps of World Climate Regions and World Ecosystems