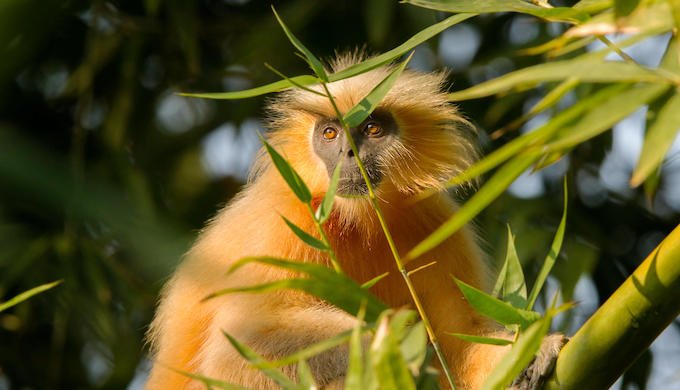 This is How we End Deforestation to Avert Pandemic, Climate and Societal Collapse

The COVID-19 pandemic did not come out of the blue. It was a symptom of the fundamental structures of industrial civilisation, and it is an early warning signal for how this civilisation is rapidly eroding the very conditions of its own existence.

Amazon Deforestation Falls Where Land Is under Indigenous Control

Our Planet, Our Choice

In September 2019 millions of workers and students around the world walked out of their schools and off their jobs to protest governments’ inaction on climate change. For the protesters, the consequences of global warming were all too apparent.

‘The Amazon is the entry door of the world’: why Brazil’s biodiversity crisis affects us all

Alarm as pesticides spur rapid decline of US bird species

US and Canada have lost 29% of birds since 1970Popular pesticides are causing bird species to decline at an alarming rate in the US, adding fuel to a 50-year downward trend in bird biodiversity, a new report has found.

‘As the tundra burns, we cannot afford climate silence’: a letter from the Arctic

I study the Arctic. The decision to withdraw from the Paris climate accord is reprehensible – but we can’t give up hope…

This is How we End Deforestation to Avert Pandemic, Climate and Societal Collapse

The COVID-19 pandemic did not come out of the blue. It was a symptom of the fundamental structures of industrial civilisation, and it is an early warning signal for how this civilisation is rapidly eroding the very conditions of its own existence.

From promise to action: Sustainability at the heart of COVID-19 recovery

Sustainability has hit the mainstream – in promises, not action. The triple planetary crisis of climate, nature, and pollution…

The burning Arctic, pandemics and the need for a green recovery

Arctic is burning; the UN has reported that destruction of habitats is linked to rapid spread of diseases like COVID-19. When rebuilding the economy, it is vital we take a green recovery route.

The World Is Actually Failing To Stop Extinctions. These Scientists Have A Plan To Help.

This was actually the year the globe was actually intended to deal with the biodiversity problems head-on. Nations were actually readied to satisfy in Kunming, China, in October to settle on brand-new objectives to defend mother nature.

In the fight against biodiversity loss, connectivity is key

Species blinking out, shrinking populations and significant range contractions caused by human activities have negative impacts on biodiversity as well as ecosystem functions and services.

A federal judge in New York has struck down the Trump administration’s attempt to roll back protections for migratory birds, writing that its reinterpretation of the Migratory Bird Treaty Act (MBTA) is “contrary to law,” several news outlets reported.

Reflections on Michael Soulé, a visionary for conservation biology

An obituary of Michale Soule.

As countries shrink or eliminate areas set aside to protect nature in the name of economic recovery from the COVID-19 pandemic, Indigenous peoples are even more vulnerable to the virus and to the impacts of harmful activities such as mining and logging.

Protecting just 30% of earth’s land and sea could result in financial benefits of nearly USD 235 billion every year by 2050, even without accounting for ecosystem services such as mitigating climate change…

Deforestation in Brazilian Amazon grows by 34.5%

Deforestation in the region has soared since President Jair Bolsonaro took office last year, according to conservation groups. He has argued that more …

Endangered Brazilian monkeys get a bridge to themselves

In 2003, its international conservation status was upgraded to “endangered” from “critically endangered.” The number of golden lion tamarins reached …

The sessions will include: (i) the launch of the fifth edition of the Global Biodiversity Outlook; (ii) the testing of a Party-led review process, through an open-ended forum; (iii) a report of the panel on resource mobilization; and (iv) an update on the draft post-2020 global biodiversity framework…

Statement by Elizabeth Maruma Mrema, Executive Secretary of the UN Convention on Biological Diversity, at the occasion of the International Youth Day 2020 12 August 2020

From their involvement in global decision-making to community actions, youth have become full partners in the fight against biodiversity loss. They are partners with vivid minds and unique perspectives, who can help define strategic priorities and implement creative solutions…

Webinar Conference: “Building back better: protecting biodiversity, combating land degradation and mitigating climate change to reduce the risks of future pandemics, and the importance of a coherent approach”

The webinar conference will be led by the Minister of Environment of Egypt in her capacity as President of COP 14 and will include contributions by the Executive Secretaries of the three Rio Conventions and their respective COP Presidents, as well as heads of agency and experts from relevant international and United Nations organizations.

Take part in an Online Discussion Forum on the Preparation of the Knowledge Management Component of the Post-2020 Global Biodiversity Framework, scheduled to take place from 24 to 28 August 2020. The Forum will provide an opportunity for participants to share additional ideas and inputs on the draft elements of the component prepared in consultation with the Informal Advisory Committee to the Clearing-House Mechanism…