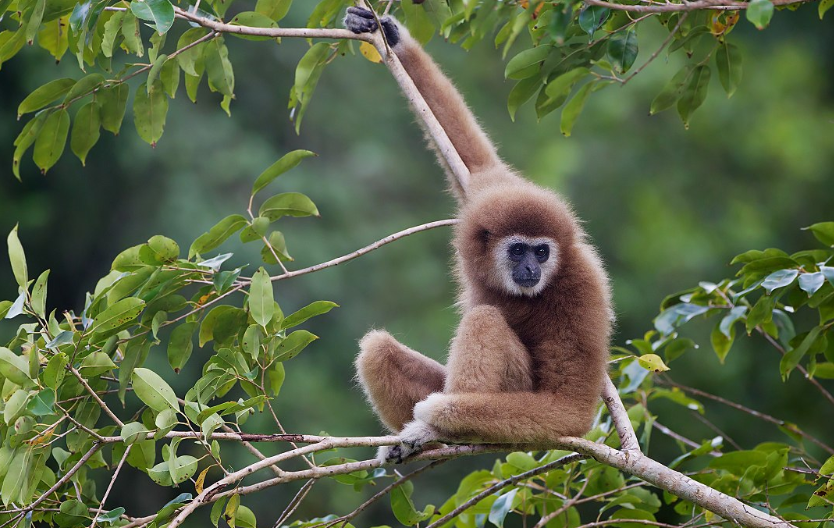 Source: Malaysia’s white-handed gibbons may be two subspecies, not one, study shows

Up to 40 world leaders are due to make “ambitious and concrete commitments” towards combating illegal fishing, decarbonising shipping and reducing plastic pollution at what is billed as the first high-level summit dedicated to the ocean…

Commercial whaling in Iceland could be banned within two years, after a government minister said there was little justification for the practice. The northern European country, an island in the North Atlantic, is one of few places to allow whale hunting. But demand for the mammals’ meat has decreased…

How Preserving Agave Could Help Save an Endangered Bat

Conservationists hope to protect the Mexican long-nosed bat by working with ranchers and other locals to preserve the plant it needs. The agave spends its entire 10- to 15-year life storing enough sugars for the moment when it sends a massive flowering stalk up into the sky. The stalk, which can reach 20 feet tall…

With at least half of the world’s corals diminished in the last three decades, efforts are underway to restore these crucial ecosystems. Steps are currently underway to rescue coral reefs, but many suggest that these programs do not go far enough to mitigate the damage caused to coral reefs.

How humanity can start restoring nature here in the Anthropocene

It’s not a surprise to hear that humanity’s impact is negative overall, as evidenced by global climate change, biodiversity loss and species extinction. Although life on Earth has undergone vast changes over millions of years, never before has one species been the cause…

Record-breaking heat waves in Paraguay have led to water shortages and forest fires that threaten local biodiversity and many of the Indigenous communities who steward it. Indigenous groups like the Aché and Ava Guaraní have lost their crops and likely face food insecurity should the drought continue…

One of the protected areas affected is Peam Krasop Wildlife Sanctuary, which lost almost a third of its total land area to the sub-decree — meaning these habitats are now for sale. Researchers say the degradation of these habitats could result in “trophic cascades“ in which the loss of key species destabilizes…

Deputy Prime Minister Le Van Thanh has signed a decision approving the national biodiversity strategy to 2030 with a vision towards 2050. Under the strategy, the Government targets increasing the area of protected ecosystems to 9 percent of the country’s land area, and protected marine and coastal areas to 3-5 percent of the total sea area…

Malaysia’s white-handed gibbons may be two subspecies, not one, study shows

Scientists sequencing the genes of captive Malaysian white-handed gibbons, Hylobates lar lar, have discovered two separately evolving populations, in the north and south of Peninsular Malaysia. For the past thousands of years, the northern and southern groups have been geographically isolated…

Intergovernmental Science-Policy Platform on Biodiversity and Ecosystem Services: Review of the second order draft of the chapters and the first order draft of the summary for policymakers of the invasive alien species assessment

Considering that invasive alien species are one of the main drivers of biodiversity loss and in view of the relevance of this IPBES deliverable to the work of the Convention on Biological Diversity, I encourage Parties and observers, as appropriate, to participate in this review process…

The 2022 HLPF will discuss in depth five Sustainable Development Goals: 4 (quality education), 5 (gender equality), 14 (life below water), 15 (life on land), and 17 (partnerships for the Goals), as well as the different and particular impacts of the COVID-19 pandemic across these SDGs and the integrated, indivisible and interlinked nature of the Goals…

Workshop on Feasible Indicators for Reporting on the Effectiveness of Protected Areas and Other Effective Area-based Conservation Measures (OECMs), 1-2 March 2022 (virtual)