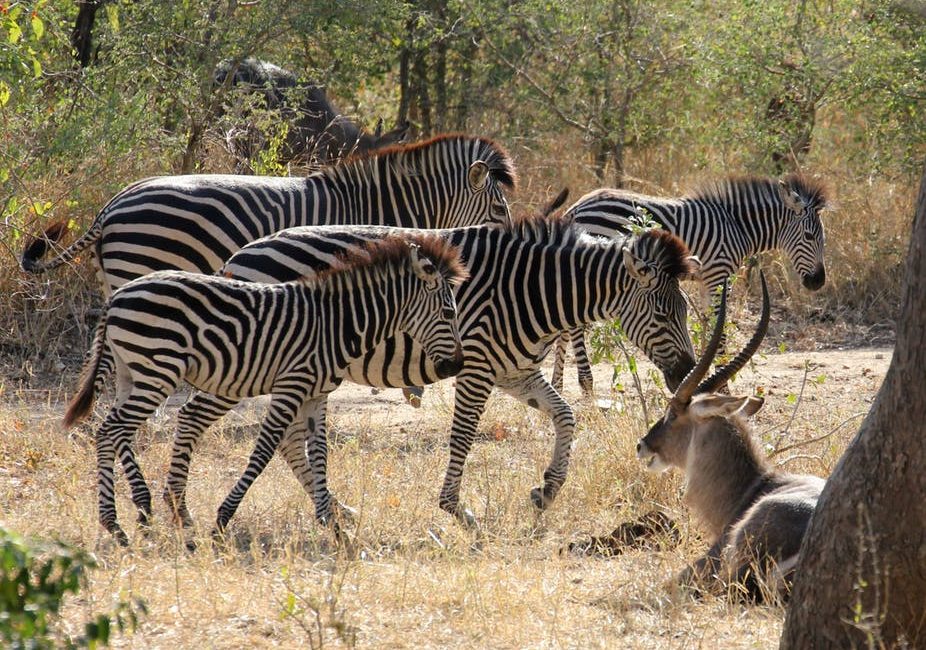 Today, the United Nations Convention on Biological Diversity released its ‘zero draft’ text proposal for a post-2020 global biodiversity framework. Featured in the text is a target to protect at least 30% of the planet – land and sea – by 2030.

Later this year, Parties to the UN Convention on Biodiversity will be called upon to adopt a plan to reverse the depletion of our world’s biodiversity and …

UN Must Ramp Up Goals to Protect Biodiversity

Conservationists don’t always agree about the best ways to reinforce the protection of nature. Debates about it can become confrontational. But at the heart of the issue is how to include more people in conservation efforts. As a group of scientists, we believe it is important to steer the discussion…

More than a third of the world’s vanishing pristine forests are managed by indigenous peoples under threat from development and deforestation, scientists said Tuesday, calling for greater protection.

Australia’s Fires Are Terrifying. Will They Get World Leaders to Act on Climate Change?

Families huddle on a once picturesque beach as their homes burn behind them. Baby koalas, their fur singed, cling to their mothers as they face a fiery demise. And military helicopters whomp overhead, searching the charred landscape for stragglers looking for a last-minute escape

Canadian wildfire experts say Canada is very vulnerable to the kind of devastating wildfires ravaging Australia right now. More than 12.5 million acres (about 5.1 million hectares) of bushland have burned in Australia since October and prime forest-fire season is just now getting underway.

Pope Francis Jan. 9 strongly criticized the response of the world’s governments to the catastrophic effects of climate change, calling their efforts in an annual address to the Vatican’s diplomatic corps “very weak” and “a source of grave concern.”

In the shape of a water droplet or a seed, the logo is inspired by the art of Chinese paper-cuttings and seals, and consists of elements with distinctive Chinese characteristics. Against the background of the oracle bone inscriptions, the “water droplet” contains a giant panda, a girl in an ethnic costume,…

Environment in 2020: A critical year for climate, biodiversity and oceans

Our house is on fire,” Swedish activist Greta Thunberg said at the beginning of 2019, her statement resonating throughout the year as global temperatures hit record highs, the number of endangered species rose, extreme weather events became more frequent, and the oceans continued to lose oxygen. 2020…

Australia’s Bushfires: An Extinction Crisis Decades in the Making

Hundreds of blazes could push threatened species closer to extinction. But the roots of Australia’s wildlife crisis are indicative of a much larger problem.

Almost a third of the world’s oceans and land should be protected by the end of the decade to stop and reverse biodiversity decline that risks the survival of humanity, according to a draft Paris-style UN agreement on nature.

2020: This is the year to protect plant health!

The United Nations (U.N.) had many compelling reasons to declare 2020 as the International Year of Plant Health (IYPH). Consider just a few of them: Healthy plants are the foundation of all life on Earth. They make the oxygen we breathe and give us 80% of the food we eat. Plants sustain our livestock…

Role of the arts in communicating climate change

For over a quarter of a century, United Nations climate negotiations have failed to reach a legally binding treaty. For instance, the failed 1997 Kyoto Protocol was modelled after the success of the 1987 Montreal Protocol, which legally required all nations to phase out chlorofluorocarbons (CFCs), a…

Update to biodiversity treaty proposes protecting at least 30% of Earth

For biodiversity hotspots, the Convention on Biological Diversity (CBD) calls for safeguarding 60% of these areas by bringing them under the protected …

Representatives of UN bodies, including the Convention on Biological Diversity(CBD), The United Nations Environment Programme (UNEP) and …

Conservationist to ‘Curious’ listeners: ‘Don’t sit this one out’

Jonathan Van Ness is curious about conservation — in particular, what it’s going to take to get more people engaged. “What is it?” the celebrated co-host of the wildly popular TV show “Queer Eye” asked Conservation International CEO M. Sanjayan in the…

Scientists estimate that as many as 1 billion animals have died in Australia’s record-breaking wildfires, with more than 800 million lost in New South Wales alone. The fires, which started in September following prolonged drought and high temperatures, have burned nearly 20 million acres so far, killing…

Ecopsychology: How Immersion in Nature Benefits Your Health

A growing body of research points to the beneficial effects that exposure to the natural world has on health, reducing stress and promoting healing. Now, policymakers, employers, and healthcare providers are increasingly considering the human need for nature in how they plan and operate.

Native Species or Invasive? The Distinction Blurs as the World Warms

With thousands of species on the move as the climate changes, a growing number of scientists say that the dichotomy between native and alien species has become an outdated concept and that efforts must be made to help migrating species adapt to their new habitats.

UN Calls on Nations to Protect 30 Percent of Planet

The United Nations is calling for world governments to protect 30 percent of the planet by 2030 in order to stop the rapid loss of biodiversity, restore ecosystem functions, and help stave off the worst impacts of climate change. At least 10 percent of this area — both land and ocean — should be placed…

Counting whales from space pitched as key to saving them

An aquarium and an engineering firm in Massachusetts are partnering on a project to better protect whales by monitoring them from space.

Marine Protected Areas: May or May Not Include Actual Protection

Sarah Dudas is in a race against time. Before the high tide returns, she and her fellow researchers are determined to survey the marine life clinging to the intertidal zone of Goose Island

Some of Australia’s Smallest Species Could Be Lost to Wildfires

The White House, hoping to speed infrastructure projects like pipelines, will formally introduce changes to a half century-old landmark environmental law.

2019 Was a Record Year for Ocean Temperatures, Data Show

A new analysis found 2019 was the hottest for the world’s oceans. The five hottest years have also been in the past five years.

CBD Notification SCBD/IMS/JMF/NS/88541 (2020-002): Preparations for the trial phase of an Open-ended Forum for review of implementation to be held during the third meeting of the Subsidiary Body on Implementation, 27 May 2020 – Montreal, Canada

SCBD/SSSF/AS/JS/TM/88584 (SCBD/SSSF/AS/JS/TM/88584): Selected representatives of indigenous peoples and local communities to receive funding from the Voluntary Trust Fund for participation in the second meeting of the Open-ended Working Group on the Post-2020 Global Biodiversity Framework which will be held from 24 to 29 February 2020 in Kunming, China