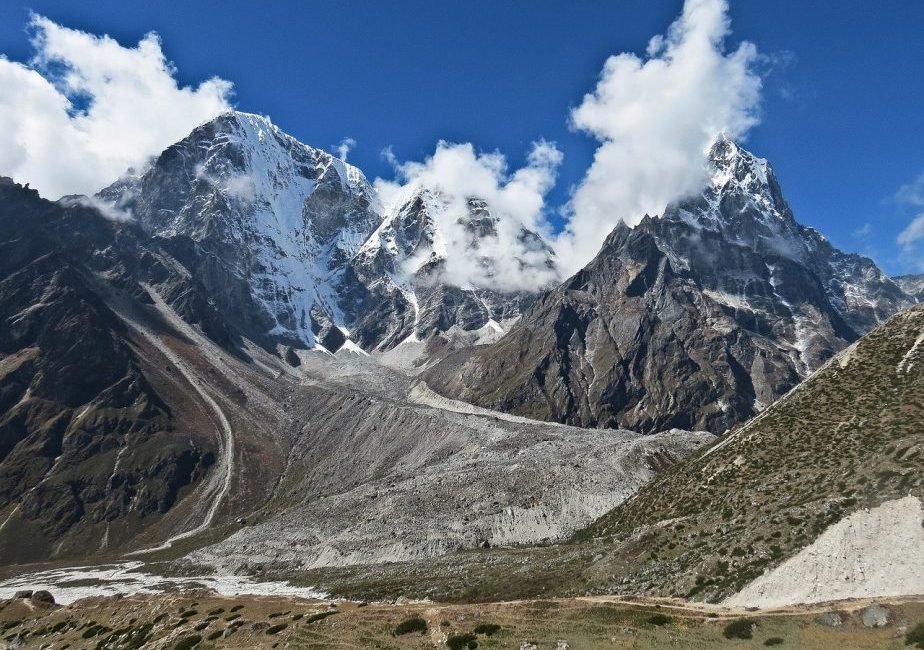 Climate models coupled with real world biome changes are causing prominent scientists to forecast that, unless action is taken immediately, 50 to 70% of the Amazon will be transformed from rainforest into savanna in less than 50 years.

Nepal Gets Serious About Climate Change

A report published in February last year, titled “The Hindu Kush Himalaya Assessment: Change, Sustainability and People” was a wake up call for the international community. It warned that the Himalayan region will face a tremendous meltdown if concrete actions are not taken immediately to cut world carbon…

The 2020 Tyler Prize for Environmental Achievement – often described as the ‘Nobel Prize for the Environment’ – has been awarded to conservation biologist Gretchen C. Daily, and environmental economist Pavan Sukhdev, both pioneers in illuminating and quantifying the economic value of our natural environment.

In the never-ending quest to stave off the worst impacts of climate change, experts are turning to a solution that’s as old as the trees: actual trees.

Almost 200 of the world’s governments and the EU, signed the Convention on Biological Diversity, a 10-year plan to protect some of the world’s most …

Preserving ecological balance is crucial for us

“Biodiversity” — a word encompassing all living flora and fauna — “is … parties to the Convention on Biological Diversity scheduled in October 2020.

In its first ruling on a complaint by an individual seeking asylum from the effects of climate change, the UN Human Rights Committee* has stated that countries may not deport individuals who face climate change-induced conditions that violate the right to life.

Madagascar has embarked on its most ambitious tree-planting drive yet, aiming to plant 60 million trees in the coming months.

That a billion animals may die as a result of this summer’s fires has horrified the world. For many conservation biologists and land managers, however, the unprecedented extent and ferocity of the fires has incinerated much more than koalas and their kin.

How drones could help save our most endangered species

With funding from Cabot Institute for the Environment, BZS and the EPSRC’s CASCADE grant, a joint team flew to Cameroon in December to trial the use of drones, sensor technologies and deployment techniques to monitor populations of the Critically Endangered Kordofan giraffe at

Gray wolves, once nearly extinct, could be coming back to Colorado

The gray wolf, once numbering in the tens of thousands throughout North America, have faced public vilification and extermination programs that drove it to near extinction in the US. Now Colorado will vote on whether to reintroduce them into the wild after an 80-year absence, thanks to an effort that…

The international treaty that saved the Earth’s ozone layer is often considered one of the most successful environmental efforts in history. Now there’s evidence it did more than just preserve a critical shield for the planet.

What if Competition Isn’t As “Natural” As We Think?

Scientists are slowly understanding collaboration’s role in biology, which might just help liberate our collective imagination in time to better address the climate crisis.

How can China lead the global green trade drive?

As one of the world’s largest economies, China has a major role in enhancing global trade and fighting climate change. To do this, the country has to work on making its supply chains more environmentally and socially sustainable, writes WRI’s Manish Bapna.

Conservationists are welcoming news that the Chinese Government has temporarily banned the sale of wildlife in markets, restaurants and over e-commerce as part of an effort to contain the Coronavirus outbreak, which has already claimed 56 lives. Defined as a zoonotic disease since it’s normally relegated…

More than half of worldwide GDP is moderately or highly dependent on nature, putting biodiversity loss among the top five risks to the global economy, according to a report presented at the World Economic Forum (WEF) in Davos, Switzerland.

Oceans, biodiversity, deforestation: what’s on the climate agenda for 2020?

World leaders and business chiefs meeting in Davos this week will be confronted for the first time with an agenda on which the climate and ecological crises take top billing.

1t.org is a World Economic Forum initiative, designed to support the trillion tree community. It is being set up with the initial financial support of Marc and Lynne Benioff. 1t.org is a platform for leading governments, businesses, civil society and ecopreneurs committed to restoring and reforesting…

Signing on to the Trillion Tree initiative was basically the cost of admission for the global elite at this year’s World Economic Forum (well, that plus tens of thousands of dollars for the badge). In fact, tree planting was a rare issue on which even Jane Goodall and Donald Trump could get on the…

#OceanWeek2020 – Seven days of events, discussions and activities in Brussels and beyond

Ocean Week 2020 is seven days of events, discussions and activities in Brussels and beyond that will put the spotlight on the huge threats faced by marine species and habitats, while offering real solutions on how to solve them. We need thriving biodiversity in our oceans to support life on earth.

WEF and PwC Report Makes the Business Case for Nature

The World Economic Forum (WEF) has released the first in a series of three New Nature Economy (NNE) reports to be published this year. The series will make the case for why the nature crisis is crucial to business and the economy; identify a set of priority socioeconomic systems for transformation; and…

Fifteen Years to Save the Amazon Rainforest from Becoming Savannah

The pace of deforestation in the Amazon, coupled with last year’s devastating forest fires, has pushed the world’s largest rainforest close to a tipping point beyond which it will turn from a carbon sink to a carbon source.

Human health linked to state of the oceans, says US researcher

Humankind is fundamentally connected to the ocean and we need to protect the health of the sea to protect our own health. That’s the view of US ecologist Professor Phil Levin who was the keynote speaker at the three-day Transformed and Transformative Ocean Governance Conference in Port Elizabeth this…

What We Lose When We Lose Wildlife

Scientists tell us “nature needs half” — which means to preserve our communities, wildlife, and the environment, we must protect 50 percent of global …

City to host world save planet meet in March

The amount of material consumed by humanity has passed 100 billion tons every year, a report has revealed, but the proportion being recycled is falling.

How Thawing Permafrost Is Beginning to Transform the Arctic

The frozen layer of soil that has underlain the Arctic tundra for millennia is now starting to thaw. This thawing, which could release vast amounts of greenhouse gases, is already changing the Arctic landscape by causing landslides, draining lakes, and altering vegetation.

Lesser-known endangered species in Bhutan may be facing extinction

Lack of funding has meant that Bhutan has focussed more on its iconic species, leaving lesser-known endangered species understudied and vulnerable to a host of pressures, from habitat loss to poaching.

The Freshwater Giants Are Dying

Overharvesting and habitat loss endanger most of the world’s freshwater “megafauna.” But many species may yet be saved.

If defending life on Earth is extremist, we must own that label

Police say climate groups such as Extinction Rebellion are a ‘threat’. They’d have done the same for the suffragettes and Martin Luther KingIt’s not an “error” or an “accident”, as the police now claim. It’s a pattern. First, the Guardian revealed that counter-terrorism police in south-east England have…

Scientists from Charles Darwin University and the Tiwi Land Rangers are researching how to help protect the rare brush-tailed rabbit rat and other small mammals using land burning. Burning in cooler months is not only preventing bushfires, but maintaining sanctuaries for the small mammals from predators…