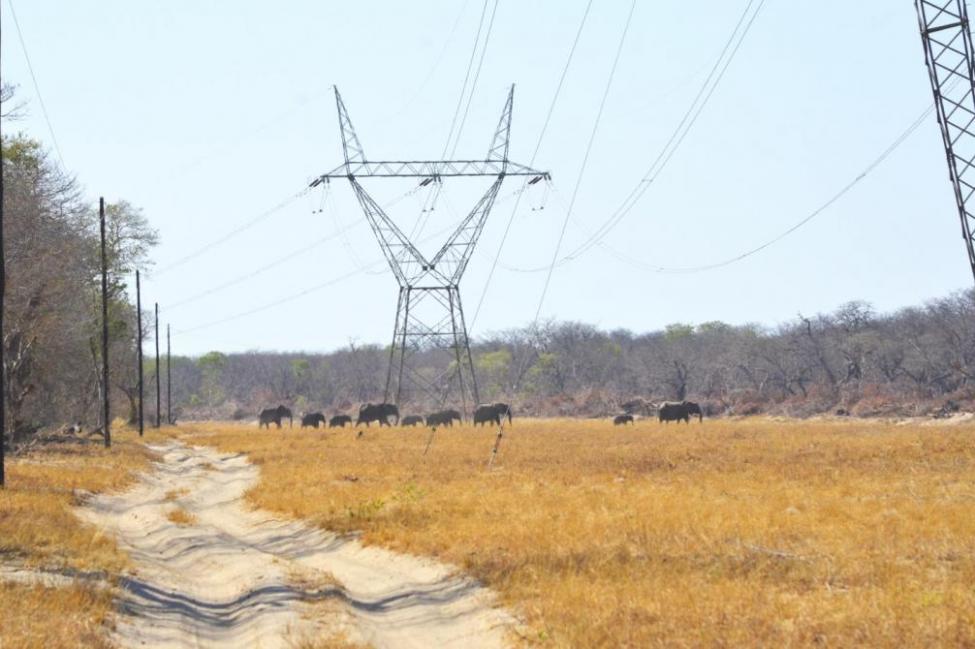 2020: A crunch year for the biodiversity and climate emergencies – Modern Diplomacy

Here are some of the key international meetings planned for 2020

Biodiversity needs the attention that youth are paying it

Prince William is collaborating with a global alliance of groups to launch a prize geared toward fostering innovation to combat climate change and solve environmental challenges. The Earthshot Prize will be offered to five winners annually over the next 10 years. The cash value of each award has not…

A Conversation With EO Wilson

“Only by committing half of the planet’s surface to nature can we hope to save the … Are you in any way surprised by how people have responded?

Scientists call for effort to end destruction of terrestrial ecosystems

More than half of the planet’s terrestrial vegetation has already been … We need a strong, overarching goal to retain, restore and protect natural …

Regrowth of Logged Amazon Forests is Much Slower than Previously Thought

As deforestation in the Brazilian Amazon soars under President Jair Bolsonaro, a new study warns that the regrowth of logged Amazon forests, and the amount of CO2 they store, is far less than previously believed.

Let It Be: Why We Must Save Alaska’s Pristine Tongass Forest

At 17 million acres, Alaska’s Tongass is the largest U.S. national forest and the world’s largest remaining temperate rainforest. Now, the Trump administration wants to resume large-scale logging in the Tongass, one of several initiatives threatening some of Alaska’s wildest lands. Read more on E360…

The Murders of Indigenous Activists in the Amazon Continue to Rise

Ten indigenous people have been murdered so far in Brazil in 2019, including seven tribal leaders — the highest number of indigenous leaders killed in two decades, Mongabay reported. The violence is centered largely in the state of Maranhão, in northeastern Brazil, where the Guajajara tribe has fiercely…

The Nepali government is seeking to build roads to every village in the mountainous nation. But some warn the road boom could have high costs for communities and the environment, especially in areas where traditional livelihoods and trek tourism rely on unspoiled nature.

Crucial to fighting climate change, they absorb mist from the clouds, transforming dry, eroded landscapes into wetlands and habitat for threatened species.

With terrain ranging from dense Amazon rainforest to sweeping deserts and soaring mountain ranges, Plurinational State of Bolivia is often hailed as one of the most biodiverse countries in the world.

It has been described as Australia’s Galapagos Islands and has long been a refuge for some of the country’s most endangered creatures. But devastating wildfires over recent days have undone decades of careful conservation work

A Trump Policy ‘Clarification’ All but Ends Punishment for Bird Deaths

In one of its first environmental acts, the Trump administration absolved businesses from responsibility for “incidental” bird deaths. Avian carnage has followed.

To Save Lebanon’s Birds, a Conservationist Invokes Tradition

Lebanon is a byway for migratory birds. This scientist devised a clever plan to protect them from hunting.

2020 ‘our last chance’ to act on environment, warn EA and NE chairs

… in October this year for a conference linked to the Convention on Biodiversity and again in November for the COP26 climate summit in Glasgow.

Will our marine protected areas adapt to a changing climate?

A few weeks ago, delegates from around the world gathered in Montreal to discuss how the Convention on Biological Diversity (CBD) will shape …

Marine areas beyond national jurisdiction: Where to?

Convention on Biological Diversity or CBD (1992). The objective of the CBD is the conservation and sustainable use of biological diversity for the …

‘There is time to change course, but only if we start turning the wheel now’

First, in March we’ll see the fourth and hopefully final round of negotiations for a new High Seas biodiversity UN treaty. Why is this so significant?

The World Bank’s Board of Executive Directors approved a US$150 million loan to help China improve sustainable forest ecosystem management in the upper reaches of the Yangtze River Basin.

Environmentalists in India are trying to map peatlands. How will this help combat climate change?

Imagine semi-decayed plant material accumulating for thousands of years under waterlogged conditions. This thick and condensed layer of soil that packs a large amount of organic carbon is called peat.

As 2020 begins, news from the Arctic offers scant environmental hope

The late 2019 Madrid U.N. Climate Summit didn’t offer much in the way of good news regarding international consensus on climate goals. The National Oceanic and Atmospheric Administration (NOAA) has also produced its annual report on the Arctic that does not bode well for the future, as a…

UN climate talks: ‘The window of opportunity is open, but barely’

The UN climate talks that concluded over the weekend have been widely … market would have been open to all sectors, including nature, creating financial … “Emissions need to be cut in half by 2030, and net zero emissions need to …

CBD Notification SCBD/IMS/JMF/NVW/86292 (2019-117): Follow-up invitation to participate in and/or contribute to the piloting and further development of a methodology for the voluntary peer review of national biodiversity strategies and action plans

CBD Notification SCBD/IMS/JMF/ET/CPa/88555 (2020-001): Invitation to provide additional views and suggestions regarding the draft proposals to strengthen technical and scientific cooperation in support of the post-2020 Global Biodiversity Framework