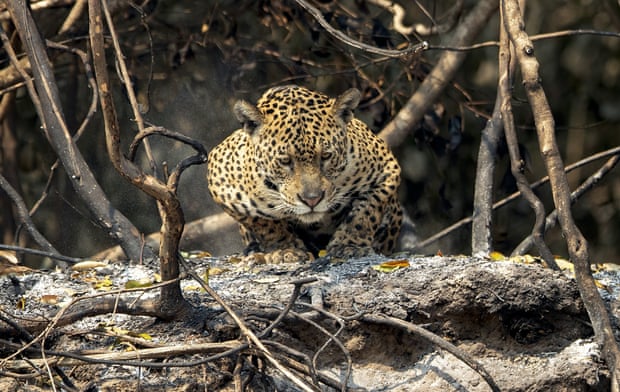 Source: ‘A critical time’: how Covid-19 piled the pressure on conservation efforts

The Trump administration is pushing ahead with the first ever sale of oil leases in the Arctic National Wildlife Refuge. The giant Alaskan wilderness is home to many important species, including polar bears, caribou and wolves. But after decades of dispute, the rights to drill for oil on about 5% of the refuge will go ahead…

On December 17, 2020, the Premier of Quebec François Legault and the Environment and Climate Change Minister Benoît Charette announced that the province will now protect an area of 257,000 sq km. The total area protected is larger than the UK…

Quebec is expected to release a strategy for caribou conservation this spring, but some environmental groups are advocating for more ambitious measures before it’s too late. In the Val D’Or region, there are fewer than 10 caribou remaining…

For Sumatran elephant conservation, involvement of local people is key

For critically endangered Sumatran elephants, a long-term conservation strategy must include community involvement in mitigating human-elephant conflict, in addition to securing viable habitats. Any successful conflict mitigation should raise the awareness and acceptance from the local community…

Tourist lodges run out of cash to feed and care for the animals on their land and thousands of villagers lose their jobs. Impala run through the thorn bush, ibis fly above the lake and lightning forks over the horizon as a storm rolls in from the Drakensberg mountains…

An oasis within dry Chiquitano forest in eastern Bolivia, Concepción Lake and its surrounding wetland provide valuable habitat for 253 bird, 48 mammal and 54 fish species. However, despite being officially listed as a protected area, cultivation of commodity crops is expanding and supplanting habitat…

Despite the high costs and long registration times, sustainable timber harvesting has the potential to bring more value to rural Colombians while also acting as an effective and important conservation tool…

Sustainable financing is pivotal for marine conservation beyond 2030 pledges

In this commentary, Simon Cripps, the Executive Director for the Global Marine Program at WCS (Wildlife Conservation Society), argues that one of the biggest challenges in getting political will for protecting 30 percent of the oceans in MPAs by 2030 and maintaining it thereafter is financial…

Dredging up fish dinners does lasting damage to the sea floor

Commercial fishing fleets worldwide practise bottom trawling, in which heavy gear and massive nets are dragged along the seafloor to maximize catch. To study the method’s impact, Sarah Paradis at the Autonomous University of Barcelona, Spain, and her colleagues analysed sediments…

The United Nations Environment Programme (UNEP) has warned that the Caribbean, among other places, could lose its coral reefs by the end of the century unless there are drastic reductions in greenhouse-gas emissions…

Urgent and immediate crises have a way of laying bare the true values and character of individuals and societies. Basic needs become priority needs. We draw closer to what we love and blow off the dust of frivolity. In a world that was suddenly slowed and silenced, many of us were drawn closer to nature…

‘A critical time’: how Covid-19 piled the pressure on conservation efforts

From the Nepalese Himalayas where tigers patrol the snowy peaks to the lush forest homes of mountain gorillas in eastern Democratic Republic of the Congo, national parks emptied as Covid-19 spread around the world in 2020. Billions of pounds of ecotourism revenue – crucial to the livelihoods of many communities that live alongside biodiverse areas – dried up as people were locked down…

Sea-level rise is letting a tiny crab drastically alter marsh landscapes. A once inconspicuous burrowing crab is suddenly wiping out swaths of marsh cordgrass, a plant that holds much of the South’s coastal marshland in place and protects vulnerable species…

Western monarchs, which over winter in California, have all but gone. In 2020, less than 2,000 were counted. Despite this collapse, the US government has concluded that the monarch is unworthy of special protection under the Endangered Species Act…

As Arctic sea ice steadily disappears and temperatures rise across the region, the tundra has generally been greening, with shrubs and small trees growing more robustly. But a new study of growth rings in Arctic shrubs reveals a countervailing trend — the withering of plants in some areas because summer conditions have grown too hot and dry…

The hopeful return of polar whales

The bleak history of whaling pushed many species to the brink of extinction, even in the remote waters of the north and south poles. But nearly 40 years after commercial whaling ended, we’re finally seeing signs that some of the most heavily-targeted species are recovering…

Informal sessions of SBSTTA 24 and SBI 3