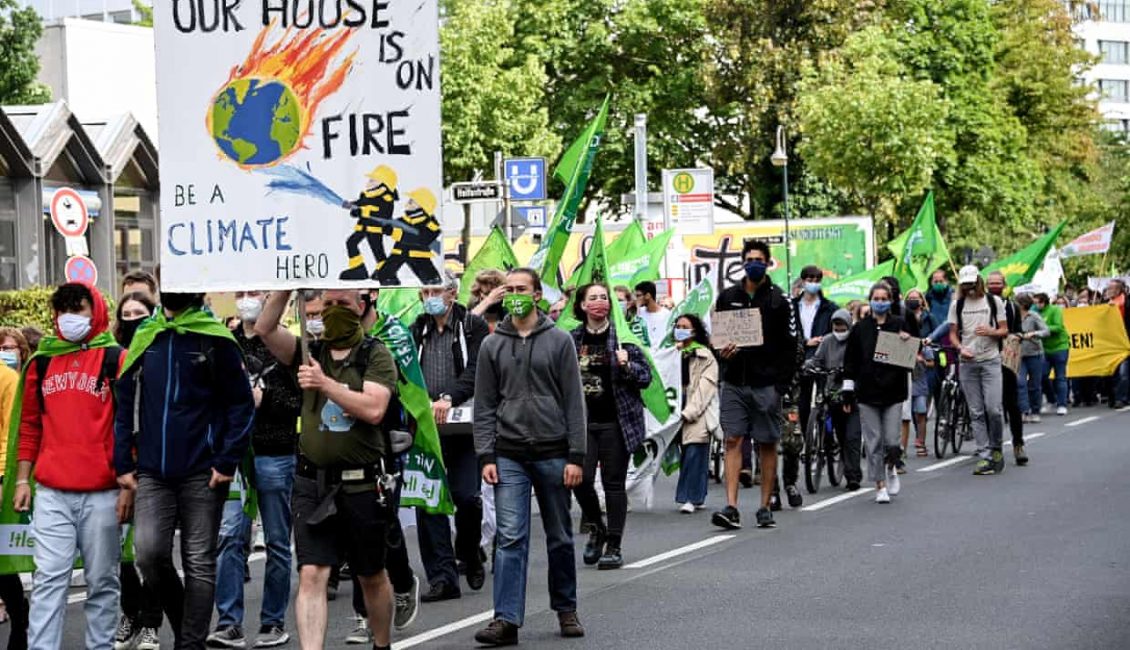 Which Countries Are The Best In Wildlife Conservation?

Botswana tops the list of countries that are doing the most to protect wildlife. It has the highest conservation land ratios in Africa and more than 25 percent of its land area is reserved for parks and other reserves.

“Protect 30% of the Planet for Nature,” Scientists Urge

The researchers also highlight the key conservation roles played by indigenous peoples and local communities to achieve these goals.

Most polar bears to disappear by 2100, study predicts

James Lovelock: ‘The biosphere and I are both in the last 1% of our lives’

On the eve of his 101st birthday, the father of the Gaia theory discusses Covid-19, extreme weather… and freezing hamsters…

Current and planned waste-cutting efforts will reduce volume only by about 7%, say researchers…

For Indigenous in the Amazon, a Dual Threat: Big Oil and the Virus

The Indigenous people of the Peruvian Amazon have long fought against the oil companies that seek to exploit their lands. But now these and other Amazon communities are facing new dangers, as outsiders bring coronavirus to poor and vulnerable areas that lack health care.

3 ways to prevent the next pandemic with nature, according to science

A new study published today in Science outlines a groundbreaking plan to decrease the risk of future pandemics by 27 percent or more — with a 10-year investment that is 50 times less than the cost of coronavirus response efforts to date.

The conservation of wildlife in its habitat has assumed greater importance because of Covid-19, as studies indicate that 60 per cent of Emerging Infectious Diseases — such as HIV, Ebola, SARS, Covid-19 — affecting humans are zoonotic.

As the world reels from the profound negative effects of COVID-19 pandemic, suspected to have originated from a wildlife market in Wuhan, China in late 2019, humanity’s relationship with nature is increasingly under scrutiny.

About 360 scientists from 42 countries across the globe called for the transition of food production structures to agroecological principles.

Under the United Nations’ auspices, world governments will convene twice to set our agreed course and targets on climate change and biodiversity.

Nature and business can boost each other, reports find

Two major reports, by the World Economic Forum and the Campaign for Nature, describe the vast economic benefits of protecting and restoring the living world…

New dates have been announced for three key UN meetings, including the UN Biodiversity Conference, crucial to the development of the post-2020 global biodiversity framework.

EU Biodiversity Strategy: are we on the right track to protect nature?

A couple months ago, the European Commission heeded the desperate call of the scientific community and multiple generations. They adopted an ambitious Biodiversity Strategy, one that reflects the reality of the environmental crisis we are facing.

The Covid-19 pandemic is a stark reminder of our dependence on nature, and the economic costs and burden that come with failure to safeguard our animal, human and ecosystem health which are intrinsically linked.

Brazil’s government announced on Thursday it planned to ban setting fires in the Amazon for 120 days, in a meeting with global investors to address their rising concerns over destruction of the rainforest.

U.N. Predicts Rise In Diseases That Jump From Animals To Humans Due To Habitat Loss

A new United Nations report warns that more diseases that pass from animals to humans, such as COVID-19, are likely to emerge as habitats are ravaged by wildlife exploitation, unsustainable farming practices and climate change.

As fog clears on benefits of forest protection, excuses for failure wear thin

Global efforts to stop the destruction of tropical forests have faltered so far largely because poor understanding of the value of preserving them has led to weak political will – a barrier that may be overcome with stronger evidence of their benefits….

Extension of deadline: Peer review of draft documents for the twenty-fourth meeting of the Subsidiary Body on Scientific, Technical and Technological Advice (SBSTTA 24)

Further to consideration of the current level of submissions and to consultations with the SBSTTA Bureau, I would like to inform you that the deadline for submission of comments through the peer review process of these documents has been extended…