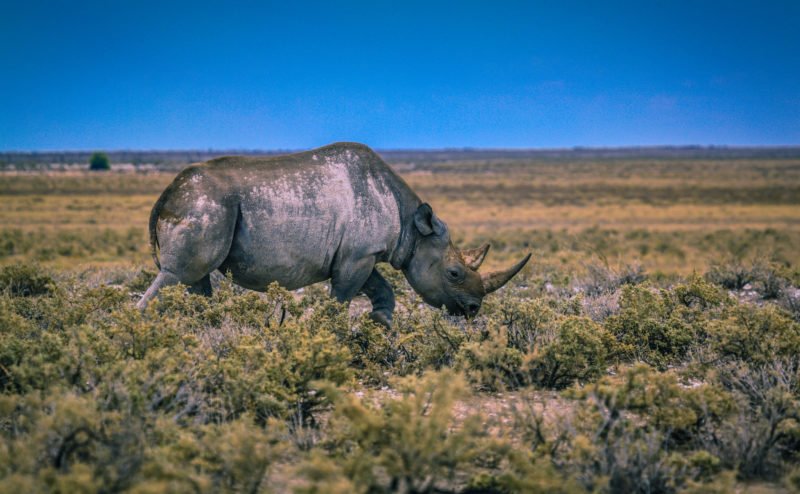 Source: In Namibia, Rhino and Elephant Poaching Continues to Decline

Conservation tool will focus on recovery efforts to give a fuller picture of threats to plant and animal populations. A new conservation tool could help put thousands of threatened animal and plant species on the road to recovery, allowing creatures such as the Sumatran rhino and the California condor…

Can nature have its own Paris moment? It’s the question facing countries negotiating a new United Nations agreement aimed at stemming the global loss of wildlife. Last week, the UN convention on biological diversity released the latest draft of an agreement that would unite countries behind a shared ambition…

Climate scientists and marine advocates are calling on governments worldwide to look beyond green policymaking when it comes to climate change. They say a critical shade is missing in the fight against global warming. Blue. Countries must recognize the important role that oceans have in limiting climate…

Restor is a map-based, open-source platform created so that people can better plan, manage and monitor restoration projects. The locations of more than 50,000 restoration and conservation initiatives are now registered on the platform….

Why we should build for wildlife as well as people

Our buildings need not present an unmitigated threat to nature – they could instead accommodate plants and animals. The surface area, particularly of large, inner-city buildings, is significant. What if wildlife could live there, on our roofs and in our walls? It might go some way to redressing the balance…

In Namibia, Rhino and Elephant Poaching Continues to Decline

Rhino and elephant poaching is significantly down in Namibia, according to data from the country’s Ministry of Environment and Tourism. So far in 2021, hunters have illegally killed nine rhinos, an eight-year low, and four elephants, a five-year low, Reuters reported…

Is there a future for Africa’s lions?

As lion populations decline across much of Africa, could community-led conservation help reverse this trend? One of the women leading this approach is biologist Dr Moreangels Mbizah. She explains the benefit of having local people at the forefront of the conservation effort…

Climate action failure, biodiversity loss and infectious diseases counted as the top three risks in the World Economic Forum’s Global Risks Report. It is imperative that leaders and citizens alike adopt a systems view for the economic and societal transformation needed…

The power of assisted natural regeneration

Assisted natural regeneration is a blend of active planting and passive restoration, where local people intervene to help trees and native vegetation naturally recover by eliminating barriers and threats to their growth, leaning on their knowledge of the land and on ancestral traditions…

Belgium has joined the High Ambition Coalition for Nature and People (HAC), an intergovernmental group of 60 countries co-chaired by Costa Rica and France and by the United Kingdom as Ocean co-chair, with the goal of protecting at least 30 percent of the world’s land and ocean by 2030…

Should rivers have the same rights as people?

The Magpie River winds majestically through the forests of Quebec for nearly 200 miles. Its thundering ribbon of blue is cherished by kayakers, white-water rafters and the indigenous Innu people of Ekuanitshit. Earlier this year, in a first for Canada, the river was granted legal personhood by local…

Pueblo youth are at the forefront of protecting Indigenous lands

Across the globe, Indigenous groups are one of the largest populations of people who are actively, spiritually and civically protecting landscapes that encompass natural biodiversity, sacred importance and cultural resources…