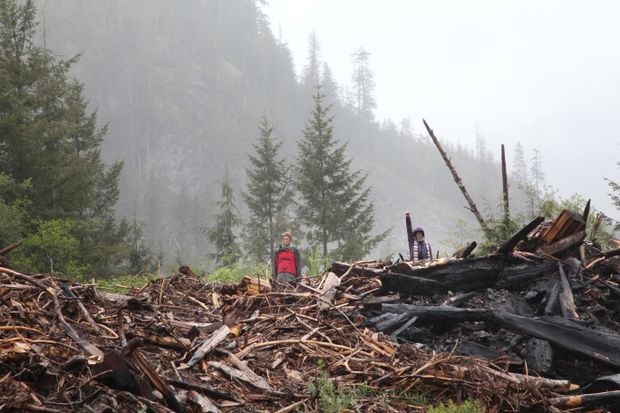 The world must restore at least one billion degraded hectares of land in the next decade – an area about the size of China – or face disaster, UN experts have warned. Last week the UN Environment Programme (UNEP) and the FAO jointly launched the UN Decade on Ecosystem Restoration 2021-2030…

The annual commemoration on 8 June is a reminder of the major role oceans have in everyday life as “the lungs of our Planet” and as a source of food and medicine. Although this year’s theme focuses on their importance for the cultural and economic survival of communities worldwide…

Oceans cover 70 per cent of the Earth’s surface. But, because many of us spend most of our lives on land, the 140 million square miles of blue out there aren’t always top of mind. While vast, oceans are not empty. They are teeming with life and connected to society through history and culture…

What on Earth is a ‘seascape’?

Historically, “management” of the ocean — a dry word used to describe how societies decide to use and protect the resources in their waters — has tended to happen on a small-scale, place-by-place basis. For example, a country can restrict fishing or create an ocean-based tourism site in an area…

The Globe and Mail

The three First Nations who have been the reluctant hosts of B.C.’s current war in the woods have called for a deferral of logging in some of the most contentious areas in and around the Fairy Creek watershed. Since mid-May, more than 170 people have been arrested at blockades located in the traditional…

How Returning Lands to Native Tribes Is Helping Protect Nature

From California to Maine, land is being given back to Native American tribes who are committing to managing it for conservation. Some tribes are using traditional knowledge, from how to support wildlife to the use of prescribed fires, to protect their ancestral grounds…

The root cause of pandemics – the destruction of nature – is being ignored, scientists have warned. The focus of world leaders on responding to future outbreaks overlooks the far cheaper and more effective strategy of stopping the spillover of disease from animals to humans in the first place, they have said…

Soils provide 95% of all food but are damaged by industrial, farming, mining and urban pollution. The world’s soils, which provide 95% of humanity’s food, are “under great pressure”, according to a UN report on soil pollution. Soils are also the largest active store of carbon, after the oceans, therefore…

We are running out of time to reach deal to save natural world, says UN talks chair

Warning comes amid fears of further delays to Kunming summit, which aims to agree on curbing destruction of ecosystems. The world is running out of time to reach an ambitious deal to stem the destruction of the natural world, the co-chair of negotiations for a crucial UN wildlife summit has warned, amid…

The ocean is the architect of all life on Earth. It provides nearly all the rain and snow that falls on land, and regulates the climate. The United Nations declared the start to the Decade of Ocean Science for Sustainable Development earlier this year. Its aim is to promote science-based…

How elephants raid crops in Kenya’s Masai Mara has changed. Why it matters

The Masai Mara ecosystem, in south-western Kenya, is home to an important elephant population of about 2,500 individuals. Elephants need large amounts of space to roam in search of food and water. Because of this, they often move outside the boundaries…

In less than a generation, legal mining in Colombia deforested over 120,000 hectares

Legal mining in Colombia is a significant driver of deforestation, contributing to the destruction of 121,819 hectares (301,021 acres) of forest from 2001 to 2018. During that time, deforestation from legal mining has increased, accounting for 5.6% of total deforestation in 2017. Of the 8,600 mining…

How to save the world’s forests with carbon credits

The Verified Carbon Standard can unlock the power of carbon credits to halt deforestation. By the end of last year, 185 million carbon credits had been issued under this programme for forest preservation. Now we need to scale this up – and that will require investment from the public and private sectors…

How to reimagine our cities as hubs for biodiversity, conservation and climate resilience

Biodiversity – all living organisms, including plants, animals and microorganisms – is essential for human existence. Yet when we think about biodiversity, we rarely picture a city in our minds. Nature has often been associated as purely a feature of rural landscapes, when in fact urban areas are home…

More than 50 companies have stepped forward to show their shared commitment as part of the ‘Sharm El Sheikh to Kunming Action Agenda for Nature and People’ in support of the global biodiversity framework expected to be adopted in October 2021, Kunming, China, at COP-15.

As a follow-up to notification 2021-019, and following consideration by the Bureau of COP and further consultations with the Government of Colombia, host of the third meeting of the Open-ended Working Group on the Post-2020 Global Biodiversity Framework (WG2020-3), I am pleased to confirm that the meeting will be held virtually during the period of 23 August to 3 September 2021…