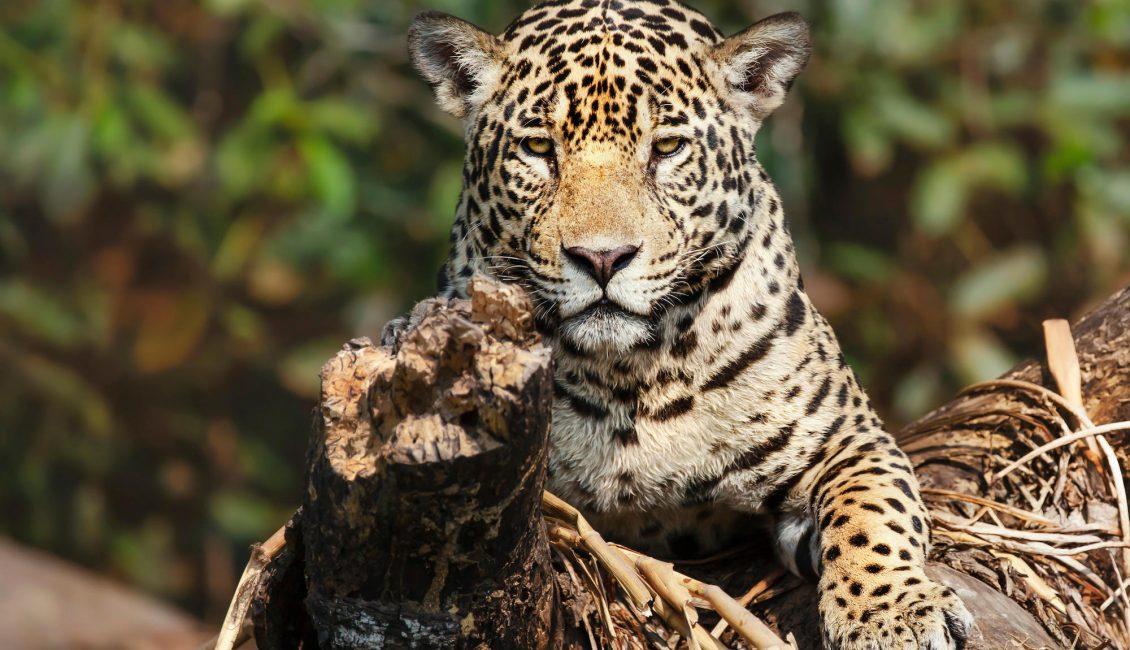 Source: Explainer: COP15, the biggest biodiversity conference in a decade

Rich countries could be asked to pay billions to protect biodiversity

Drilling in one of the greatest carbon sinks on the planet could release greenhouse gases equivalent to Japan’s annual emissions, experts warn

Among the various international regimes to prevent biodiversity loss, Convention on Biological Diversity (CBD) has been the significant one. Parties …

For many years, researchers have disagreed as to why some global areas have an extremely large species richness, while others have almost no species. In other words, what explains the uneven distribution of biodiversity on earth?

The ASEAN Member States and the ASEAN Centre for Biodiversity (ACB) took part in the second round of negotiations over the post-2020 global biodiversity framework, which pushed through despite reports of an outbreak of COVID-19 in northern Italy.

The world is facing a biodiversity crisis. We have lost more than 60 percent of species populations in the last 50 years, and, if we do nothing, we stand to witness a million species going extinct within the next 30 years.

This World Wildlife Day, the Wild for Life campaign is excited to partner with The Ocean Agency, an organization that utilizes the power of creative collaboration to accelerate ocean conservation and climate action. To foster change, the Ocean Agency raises awareness of the ocean’s most pressing issue…

Peatlands are under threat. Here’s why we must act now to save them

Wetlands are known by many names such as peatlands, marshes, bogs, fens or mires. What they all have in common is that their landscape is temporarily or permanently saturated with water.

The iconic relationship between polar bears and ringed seals is changing in western Hudson Bay, and even though the bears are eating fewer ringed seals, the seals should refrain from celebrating.

Raze here, save there: Do biodiversity offsets work for people or ecosystems?

Moussa Evariste, 53, treads lightly on sinewy legs across fields of grass that were once forest. The terrain is sandy and prickly, punctuated by the relief of slender streams. He has traced this path hundreds of times with his bare feet. A stained vest declares him Polisin’ala: forest patrol.

While the changes are not yet permanent, they provide a glimpse into a possible future…

Why The Global Economy Needs A Paris-Style Agreement For Nature

Since 1970, wildlife populations have declined on average by 60%. Over the same period, we have lost more than half of the world’s coral reefs and …

Psychic Numbing: Keeping Hope Alive in a World of Extinctions

The litany of lost species can be overwhelming, leading to what has been called “psychic numbing.” But as the recovery of species from bald eagles to humpback whales shows, our actions do matter in saving species and the aliveness and beauty they bring to the world.

Global species loss could be halved

Extinction risk could decrease by more than 50% if at least 30% of land were to be conserved across the tropics, a new study reveals…

SDG15: The fight for life on land

Progress on protecting life on land has been agonisingly slow, as deforestation and habitat loss has accelerated, but hopes remain that a step change in global land management can yet be engineered…

What will it cost to save the earth’s oceans?

In 2015, 193 countries agreed on 17 global objectives for ending poverty and protecting the environment by 2030. These Sustainable Development Goals (SDGs) included SDG 14, to “conserve and sustainably use the oceans, seas and marine resources for sustainable development.”

Conserving wildlife is a matter of our own survival

As Uganda prepares to join the rest of the world on March 3, 2020, to celebrate the United Nations World Wildlife Day, it is imperative to reflect on both the global and local themes; sustaining all life on earth and…

To Fight for a Living Planet, Restore its Biology

We face the greatest environmental challenges ever relating to climate change, biodiversity, land use, and more. Humans are driving 1 million species to extinction, according to…

“The world out there is watching and waiting for results,” Elizabeth Maruma Mrema warns while talking to IPS regarding the preservation of biodiversity of our planet.

Scientists call on government to increase ambition to save our ocean

In the last decade there has been rapid expansion in the area of ocean designated as a Marine Protected Area (MPA). Despite this progress, marine biodiversity continues to decline, placing at risk the health of our oceans and the critical role…

Study: To curb biodiversity declines, protect land in the tropics

If world leaders, land managers and other policymakers can find a way to limit global warming to less than 2 degrees Celsius and conserve a third of the land in the tropics, global species loss could be cut in half.

As extreme weather rocks the Southern Ocean, a tumultuous mix of carbon dioxide, winds and warming waters could reach an environmental tipping point…

Protecting the environment should be everyone’s concern

The Bangladesh parliament, led by the parliamentary standing committee on environment, recently declared a planetary emergency in Bangladesh. This is ground breaking in that most other parliaments around the world have declared a climate change emergency, but none have also added a biodiversity emergency…

Study: Protecting tropics could save half of species on brink

In 2019, a landmark UN report revealed that nearly 1 million species face extinction due to human activities and climate change. A groundbreaking new study offers a solution to save more than half of these doomed species…

Scientists around the world are looking for ways to remove carbon dioxide from the atmosphere. This gas is a natural component of the atmosphere, released by processes of respiration and decomposition of organic matter.

There are just eight months left to make progress on a framework to protect biodiversity for the next ten years. It is of global importance that the October meeting of the UN Convention on Biological Diversity (CBD) in the Chinese city of Kunming helps the world to stop biodiversity loss.

Asian elephants, jaguars and great Indian bustards were among 10 new species added to a global wildlife agreement on Saturday.The Thirteenth Meeting of the Conference of the Parties to the Convention on the Conservation of Migratory Species of Wild Animals (CMS COP13) concluded in Gandhinagar, India,…

National governments will meet in Rome this week to discuss and reflect on a 20-point UN draft proposal to halt irreversible ecological damage, which looks set to be formally adopted in October.

Explainer: COP15, the biggest biodiversity conference in a decade

Biodiversity encompasses the full variety of life – all genes, species and ecosystems – and it is in danger, which means we are too. As this article explains, a major conference in China this year could have a big impact on our collective fate by helping to end biodiversity loss.

A Plan to Save Earth’s Oceans

According to a recent study, key regions for conservation include the Northern Pacific Ocean near China and Japan and the Atlantic between West …

30×30 Land and Water Conservation in the States – NCEL

There is an opportunity for states to take the lead and push forward the 30×30 movement. They can do so by introducing and passing…

CBD News: Governments advance in the preparation of a New UN Biodiversity Framework; Negotiations in Rome demonstrate engagement across government and society