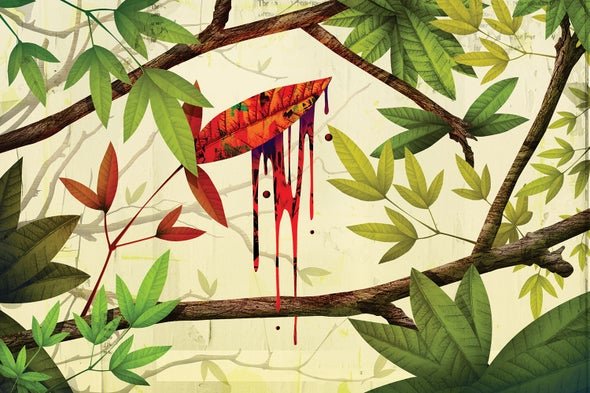 Tropical coral reefs are at a critical tipping point, and we’ve pushed them there, scientists say.

Microplastics found in greater quantities than ever before on seabed

Many parts of the world may not have enough suitable land for green efforts to make up for the environmental damage caused by planned development like clearing forests for new roads or more plantations, researchers warned on Wednesday.

A new era of forest policymaking

Forests and forest-relevant policies in Europe face a wide array of challenges in a rapidly changing world. Issues such as Brexit, the new European Parliament and European Commission, and the recent European Green Deal proposal are certain to affect policymaking, as are the as-yet unknown impacts of…

During a global extinction crisis and rapidly changing world, many nations are now looking to harden their borders to restrict the movement of people.

One Health is a concept that recognizes that humans, animals, plants, and the environment are inextricably linked—the health of one affects the health of all—and health issues must be addressed cohesively.

“There is a single species that is responsible for the COVID-19 pandemic—us… We have a small window of opportunity, in overcoming the challenges of the current crisis, to avoid sowing the seeds of future ones.”

‘The bliss of a quiet period’: lockdown is a unique chance to study the nature of cities

Empty streets and skies let the birds be heard and leave animals free to roam as well as allowing scientists to examine how humans change urban biodiversity.

We can restore marine health by 2050, finds study

A new way of looking at marine evolution over the past 540 million years has shown that levels of biodiversity in our oceans have remained fairly constant, rather than increasing continuously…

As COVID-19 and nature are linked, so should be the recovery

Many people are wondering when life will get back to normal after the COVID-19 crisis. We should be asking: Can we use this opportunity to learn from our mistakes and build something better?

Groundwater Is the “Hidden Connection” Between Land and Sea

The importance of fresh groundwater to coastal ecosystems is revealed using the first computer model at a global scale.

To combat the COVID-19 pandemic and the “looming existential threat of climate disruption”, the only credible response is “brave, visionary and collaborative leadership” anchored in mutilateralism…

The Ashaninka indigenous community in Brazil has won a two-decade federal court dispute against illegal logging interests, receiving $3 million in compensation and an official apology from companies for cutting down thousands of mahogany, cedar, and other tree species in the Kampa do Rio Amônia Indigenous…

Nations are expected to build nearly 15,000 miles of new roads through tiger habitat by mid-century, driven by major infrastructure projects such as…

GABON: Government is for 30% preservation of global biodiversity by 2030

Gabon promises to contribute to the preservation of 30% of the Land and 30% of the Oceans by 2030.

Rampant deforestation, uncontrolled expansion of agriculture, infrastructure development and exploitation of wild species have created a ‘perfect storm’ for the spillover of diseases from wildlife to people.

The more we lose biodiversity, the worse will be the spread of infectious diseases

Using new filming techniques, scientists can now study animals in hard-to-reach places, improving conservation in some of the most remote parts of the world…

‘Insect apocalypse’ not so clear-cut

Love them or hate them, recent reports of an “insect apocalypse” sounded alarm bells around the world as conservationists warned of…