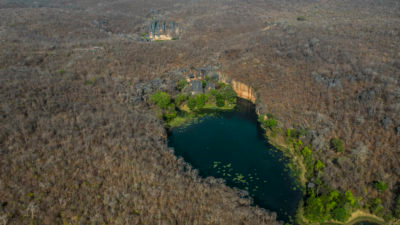 Canada’s Environment Minister says the federal government will allocate at least 20 per cent of its $5.3 billion international climate finance commitment to nature-based solutions in developing countries over the next five years in a bid to limit biodiversity loss. Steven…

World leaders gathered for Cop26 must ban industrial fishing on the high seas to have a chance of preserving the ocean, the Earth’s “largest carbon-capturing and oxygen-generating system”, the deep-sea explorer and oceanographer Sylvia Earle has said.

Last week, Panama, Ecuador, Colombia and Costa Rica committed to aligning their marine-protected areas to form a fishing-free corridor covering more than 500,000 sq km (200,000 sq miles). They were the latest in a long list of countries who have realised that our oceans are crucial in the fight…

Researchers studying the ocean at depths of up to 6km have found that climate change has a “worrying” effect on its ability to lock away carbon. It has revealed that – if global temperatures increase to levels predicted – the ocean will not be able to provide what is currently Earth’s largest long-term carbon store…

According to recent research led by Conservation International, more than two-thirds of the population of the tropics — about 2.7 billion people — directly depend on nature for at least one of their most basic needs. The study’s maps identify exactly where people depend on natural resources the most…

‘Build Back Better’ Would Invest In Jobs, Infrastructure And Nature

From rising seas and coral bleaching to drought, heat, flooding and fire, Hawaii is acutely feeling the impacts of climate change on our communities, coastlines, agricultural lands and watershed forests. Yet, Hawaii is at the forefront of climate action…

Why partnership will be essential in reversing deforestation

Food and agriculture are a key driver of deforestation, which in turn has been a major cause of climate change. Reversing deforestation will involve a genuine partnership between producer and consumer countries. Key tools to make progress on this issue include due diligence to ensure sustainable practices…

As streams and springs dry up, subsistence farmers in Brazil’s western Bahia are struggling to survive. They blame big agriculture for stealing their water for irrigation. But as climate change accelerates and drought increases, scientists disagree on who or what is to blame. Read more on E360 →

For forest communities in Sumatra, loss of nature means loss of culture

Invitation to the webinar on proposed headline indicators for access and benefit-sharing: Goal C and Target 13 of the draft post-2020 global biodiversity framework – 23 November 2021

I am pleased to inform you that the Secretariat of the Convention on Biological Diversity is organizing a webinar entitled “Proposed headline indicators for access and benefit-sharing: Goal C and Target 13 of the draft post-2020 global biodiversity framework”, as a part of ongoing activities on indicators…