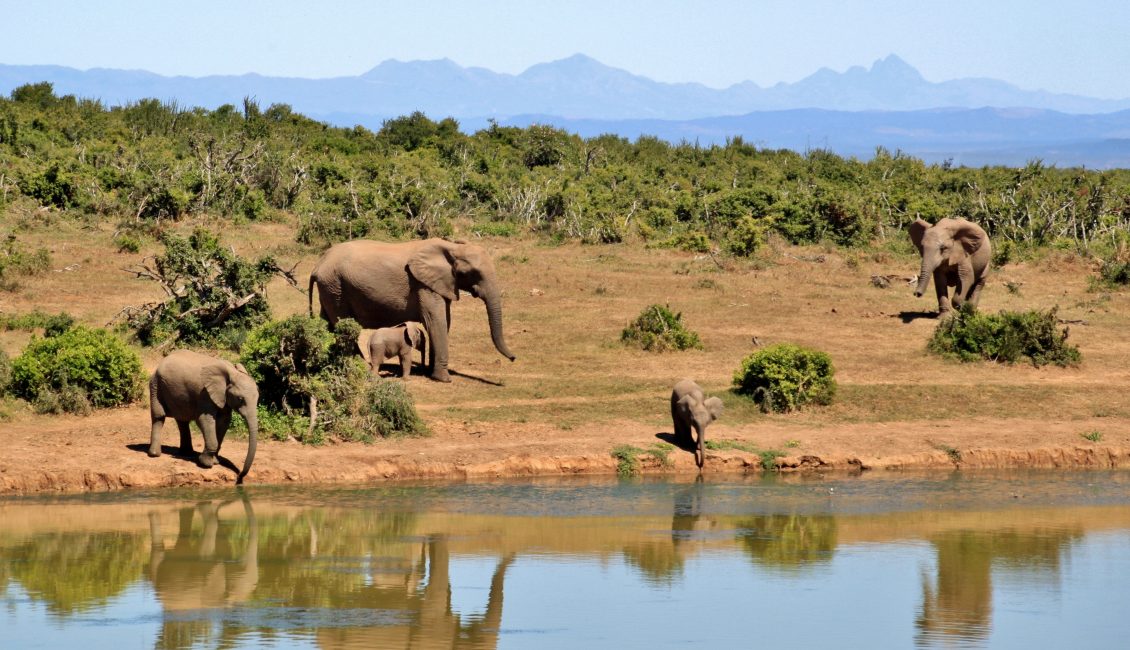 Montreal is the ideal place to hold an international summit on biodiversity, as it has since 1996 been the seat of the Secretariat of the Convention on …

Time for business to learn about the birds and the bees

For many of us, biodiversity brings to mind the big iconic species – the polar bears, … In 2020 governments around the world will come together in China to renegotiate the Convention on Biological Diversity – the global framework …

Why biodiversity and business should go hand-in-hand

For instance, the UK is committed to the ‘Aichi targets’ under the Convention for Biodiversity since 2010 and the Lawton Report highlighted declining …

Government-run parks cover too little of Kenya’s territory to sustain the country’s wide-ranging wildlife populations, nearly two-thirds of which depend on open …

The so-called Aichi biodiversity targets were set in 2010 by the global Convention on Biological Diversity (CBD). The joint nature conservation …

An international study has found a fungal disease has caused dramatic population declines in more than 500 amphibian species, including 90 extinctions, over the past 50 years.

Land use in tropical mountain regions leads to considerable changes of biodiversity and ecological functions. The intensity of such changes is greatly affected by the climate.

Over 50 non-native species have found their way to the Galápagos Islands, almost 10 times more than scientists previously thought, reports a new study.

A multi-institutional team of researchers has assessed how environmental, demographic, and genetic factors play a role in the reintroduction of bull trout in Washington State.

What ‘Big Data’ reveals about the diversity of species

Big data and large-scale analyses are critical for biodiversity research to find out how animal and plant species are distributed worldwide and how ecosystems function.

International plans to restore forests to combat global warming are flawed and will fall far short of meeting 1.5C climate targets, according to new research by UCL and University of Edinburgh scientists.

The 2018 WWF Living Planet Report on the State of the Earth explains how in recent decades we have developed a clearer scientific picture of the complex links between climate and animal and plant life, between land and water habitats and importantly how this sustains human life. Observation and geological…

French President Emmanuel Macron and Chinese counterpart Xi Jinping on Tuesday issued an unprecedented call for a “global push” to halt biodiversity loss, which threatens species and habitats across the planet. In a joint statement following trade talks between EU leaders and the Chinese president in…

Headline: Warning: a sixth mass species extinction is on the cards

When an entrepreneur designs, makes and markets handbags made of donkey skin, and they become hugely popular, that’s good for business and employment, right? But if the donkey leather is sourced from developing countries with weak environmental laws, what is the socio-economic and environmental impact?

Headline: Biodiversity loss in the oceans can be reversed through habitat restoration

Activities such as laying gas pipelines, trawling for fish, drilling for oil, and even burying internet cables in the deep sea, are destroying marine ecosystems. But studies have shown that reintroducing seaweed and corals to these habitats could ward off the worst effects – and recover marine life.

Member countries of the Convention on Biodiversity approved a 2011-2020 Strategic Plan for Biodiversity in 2010. The convention during that year …

On Dec. 17, 2010, a 26-year-old Tunisian fruit vendor named Tarek el-Tayeb Mohamed Bouazizi set himself on fire to protest the confiscation of his produce. This act kicked off protests in Tunisia that eventually swept the Arab world, toppling leaders and giving rise to conflicts that persist today.