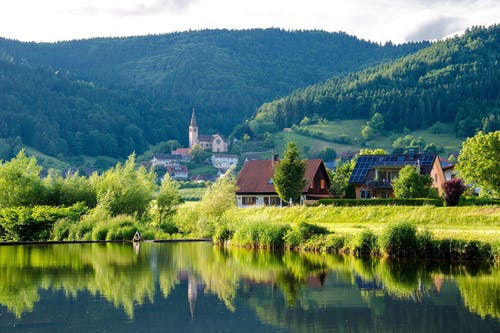 Trump administration overhauls US wildlife protections over objections of conservationists

In Ecuador, One Man’s Mission to Restore a Piece of the Rainforest

Nearly 40 years ago, Omar Tello bought a deforested plot of land outside his small Ecuadorian city. “7 Hectares Back” – the second-place winner of the Yale Environment 360 Video Contest – tells the story of how he persevered and transformed it into a lush, thriving rainforest. Read more on E360 →

In the southwest Pacific Ocean, on the archipelago of New Caledonia, atop the highest mountain of the main island, lives an ancient tree species that embodies the spirits of the island’s indigenous ancestors. Commonly called the Mount Panié kauri (Agathis montana), this huge,…

Murders of environmental activists reflect chronic clashes over resource use

A recent study conducted by international watchdog group Global Witness found that Honduras is currently the most dangerous country to be an environmental activist, with 109 activists murdered between 2010 and 2014.

Forests: A key piece of the land and climate puzzle (commentary)

The vital contribution of forests in protecting biodiversity, regulating the climate, and enhancing human well-being is being recognized as never before.

‘Part of German soul’ under threat as forests die

A catastrophic combination of heat, drought, storms, forest fires, beetle plagues and a fungi blight have so far this year destroyed swathes of German forest equivalent to more than 200,000 football fields.

“Whatever happens in the Arctic will happen everywhere.” — Bernadette Demientieff, executive director, Gwich’in Steering Committee July 31 was a fateful day in the climate change struggle. Just as the Gwich’in tribe of Alaska and Canada launched an important anti-drilling lawsuit,…

‘Preserve, revitalize and promote’ indigenous languages, or lose a ‘wealth of traditional knowledge …

For her part, Cristiana Paşca Palmer, Secretariat chief of the Convention on Biological Diversity, highlighted that although they constitute a relatively …

Statement of the Executive Secretary of the Convention on Biological Diversity, Dr. Cristiana Pasca Palmer, UN Assistant Secretary-General, on the occasion of the International Day of the World’s Indigenous Peoples

The 3rd Session of the Intergovernmental Conference (IGC) on the Conservation and Sustainable Use of Marine Biodiversity of Areas Beyond National Jurisdiction, which will take place…

National Parks To Pave The Way For China’s ‘Ecological Civilization’

Integrated management of China’s protected areas through the newly formed National Park Administration could boost both conservation and tourism.

The European Union needs a dedicated official to ensure that all EU … the Industrial Revolution, roughly half of annual fossil-fuel emissions have been … Without these natural buffers, the world would have warmed by more than 2°C …

The UN Development Programme (UNDP) Administrator Achim Steiner today joined international climate experts in calling for action following the release of a UN report on the devastating impacts of current land use practices on the climate.

Burning Forests for Rain, and Other Climate Catastrophes

The villagers living on the foothills of Mount Kenya have a belief: If they burn the forest, the rains will come.