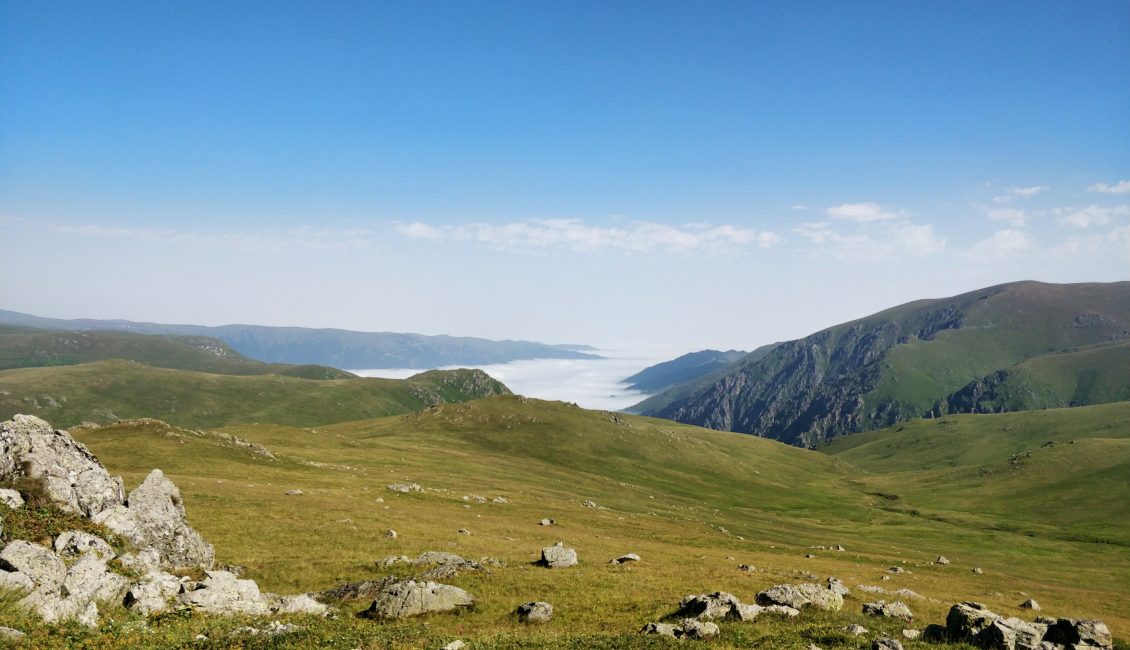 Indigenous protected areas are the next generation of conservation – Phys.Org

Indigenous protected areas are the next generation of conservation  Phys.OrgThe Horn Plateau, with its myriad of lakes, rivers and wetlands, has been a spiritual home for local Dehcho Dene peoples for millennia. In October, the Dehcho …

The 100th edition of the Mountain Protected Areas Update

To focus on this significant milestone the 100th edition returns to what was the first ‘official’ Update written and edited by Dr Larry Hamilton in 1993.  So where applicable throughout this edition there are observations from 1993 and the very early days of the Mountain Protected Areas Network.  Larry was a powerhouse that generated so many useful products for the mountains constituency. Every quarter without fail, the Update would be dispatched as a mail-out – hours of work by both Larry and Linda (wife).  We hope to continue Larry’s tradition for many years to come.

Do non-native species count as biodiversity?

There have been calls for biodiversity and ecosystem assessments to count non-native species as well as their native counterparts as positively contributing to biological diversity. Daniel Simberloff, Gore Hunger Professor of Environmental Studies at the University of Tennessee and member of…

Sweden is a land of trees. More than 70% of its landscape is covered by forest and in less than 100 years, Sweden’s forest assets have doubled.

Malayan tiger in crisis as poaching threatens to wipe out big cat  Al Jazeera EnglishPopulation of critically endangered animal edges to extinction, as government promises soldiers in jungles by next year.

The Minister of Rural Development and Land Reform, Ms Maite Nkoana-Mashabane together with the MEC for Rural, Environment and Agricultural Development Ms Desbo Mohono will on 19 December 2018 launch the first ever joint Biodiversity Transformation project under the Mebala ya Rona at Nietverdeint Thabana…

A new approach to restoring Brazil’s Atlantic Forest could triple biodiversity gains while reducing costs by US$28 billion. The findings, published in Nature Ecology & Evolution, will be used by the Brazilian Ministry of the Environment and could guide restoration projects around the world.

Eight years ago in Nagoya, Japan, the 196 signatory nations of the Convention of Biological Diversity agreed to a wide-ranging plan for conservation …

Concerned over the rate of biodiversity loss, the World Wide Fund for … Its sister conventions include the Convention on Biological Diversity (CBD) …

Argentina’s government has voted to create two new marine parks that cover an area the size of Hungary.

[SÃO PAULO] Scientific databases contain little information on pollution in marine conservation areas, according to a broad review of research on chemical pollution and its biological effects on the ocean.

The final frontier: who owns the oceans and their hidden treasures? – Reuters

The final frontier: who owns the oceans and their hidden treasures?  ReutersLONDON (Thomson Reuters Foundation) – Ransom-hungry pirates, polar explorers, offshore oil giants – the race for the riches of the world’s final frontier is on.

Tourists frequently flock to Lizard Island, off the northeastern coast of Australia, to marvel the Great Barrier Reef. Among the dugongs, sea turtles, and jewel-toned corals, though, there’s another organism that doesn’t get nearly as much credit as it deserves: seagrass.

The first event was the Changbai Mountain Ecological Forum, held in the Northeastern province of Jilin from 12th to 15th September, adjacent to Changbai Mountain National Park – home to the famous Tianchi crater lake and Paektu mountain peak, as well as vast tracts of pine and oak forests.The forum convened…

China called on rich countries to “pay their debts” on climate change at global talks on Thursday, criticising developed countries for not doing enough to reduce greenhouse gas emissions and provide finance to help poor countries do the same.

‘We’re running out of time’: Canada under pressure to step up at global climate conference

The Canadian government is under intense pressure to fill a leadership void as countries try to hammer out how they will hold themselves accountable for implementing the Paris climate-change accord.

The world has been put on notice that its best efforts so far will fail to halt the devastation of climate change, as countries came to a partial agreement at UN talks that failed to match up to the challenges faced.

The importance of ‘edge populations’ to biodiversity

More than two-thirds of Canada’s biodiversity is made up of species that occur within the country’s borders only at the very northern edge of their range. Biologists have long debated how much effort should be dedicated to conserving these “edge populations.” One argument in their favour is that they…