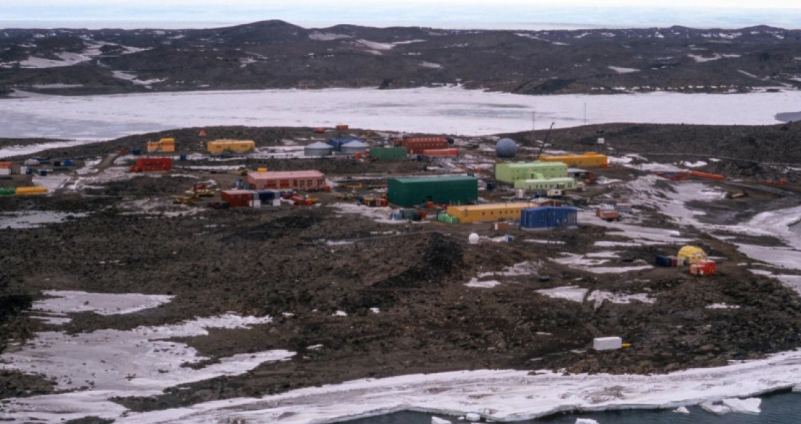 The full extent of the human ‘footprint’ on Antarctica has been revealed for the first time by new research which used satellite images to measure stations, huts, runways, waste sites and tourist camps at 158 locations. The study found that more than half of all large ice-free coastal areas of Antarctica…

Environmental damage costs society enormous amounts of money — and often leaves future generations to foot the bill. Now, a new ISO standard will help companies valuate and manage the impact of their environmental damage, by providing a clear figure for the cost of their goods and services to the environment.

A group of international experts has developed a much-needed framework to significantly improve the monitoring of status and trends of species worldwide.

Megadiverse Brazil: giving biodiversity an online boost … Report to the Convention on Biological Diversity and for measuring the achievements of …

CoP18 will be the final CITES CoP meeting prior to the Beijing summit in 2020 under the Convention on Biological Diversity (CBD), which is expected …

UN accelerating commitments to restoration of ecosystem in Africa: official

Why plastic pollution shouldn’t distract from other environmental challenges

By now, most of us have heard that the use of plastics is a big issue for the environment. Partly fuelled by the success of the BBC’s Blue Planet II series, people are more aware than ever before about the dangers to wildlife caused by plastic pollution – as well as the impact it can have on human…

Scientists decry decline in dragonflies, other insects, impact on ecosystem

Findings of a study “Odonata Diversity in Nigeria,” carried out by researchers from six higher institutions in the country, have shown that the populations of dragonflies and damselflies (Odonata) are declining in an unprecedented manner in the country.

Nature is in freefall and the planet’s support systems are so stretched that we face widespread species extinctions and mass human migration unless urgent action is taken. That’s the warning hundreds of scientists are preparing to give, and it’s stark.

Chancellor Philip Hammond announced in his Spring Statement this week that the government will launch a global and national review into the link between biodiversity and economic growth. This is welcome news.

Animals around the globe are losing ground to farming and ranching, and their numbers are dwindling at the hands of human hunters. But the question of where to direct precious resources to protect that biodiversity remains vexing.

The United Nations on Thursday called on its member countries to make bold actions to meet the targets of a globally-agreed strategic plan for biodiversity by 2020.

[NAIROBI] Environmental degradation due to factors such as urbanisation, rapid population growth, economic development and transportation, especially in the global south, could have serious consequences on people’s health, warns a UN report.

As more acidic seas spread across the globe, conditions for survival start to change. That could close vast volumes of ocean for vital forms of life.

Possible vaquita death accompanies announcement that only 10 are left

On March 13, scientists announced that around 10 vaquitas (Phocoena sinus) are left on Earth, just as the environmental group Sea Shepherd said it had found one of the porpoises that had drowned in a gillnet that was probably set to catch a fish.

As Beijing Looks to Lead on Biodiversity, China-Backed Hydropower Threatens to Wipe Out the …

In 2020, China will host the biannual meeting of the Assembly of the Parties to the Convention on Biodiversity (CBD), a multilateral treaty that commits …

Scientists and public health officials have documented an increasing number of outbreaks of mosquito-borne illnesses across the globe in recent years, including yellow fever, dengue, chikungunya, and Zika. Now, an international team of researchers has found that by 2050, two key disease-spreading mosquitoes…

The impact of extreme weather on biodiversity and pollinating insects

Markus Franzén, doctor in ecology at the department of biology and environmental science at Linnaeus University, has been granted SEK 3 million by Formas for his research project, “Cascading effects of drought on farming/grazing and farmland biodiversity.”

New research shows that recent climate change is having profound effects on wetlands across the American West – affecting birds that use these wetlands for breeding, migration and wintering.