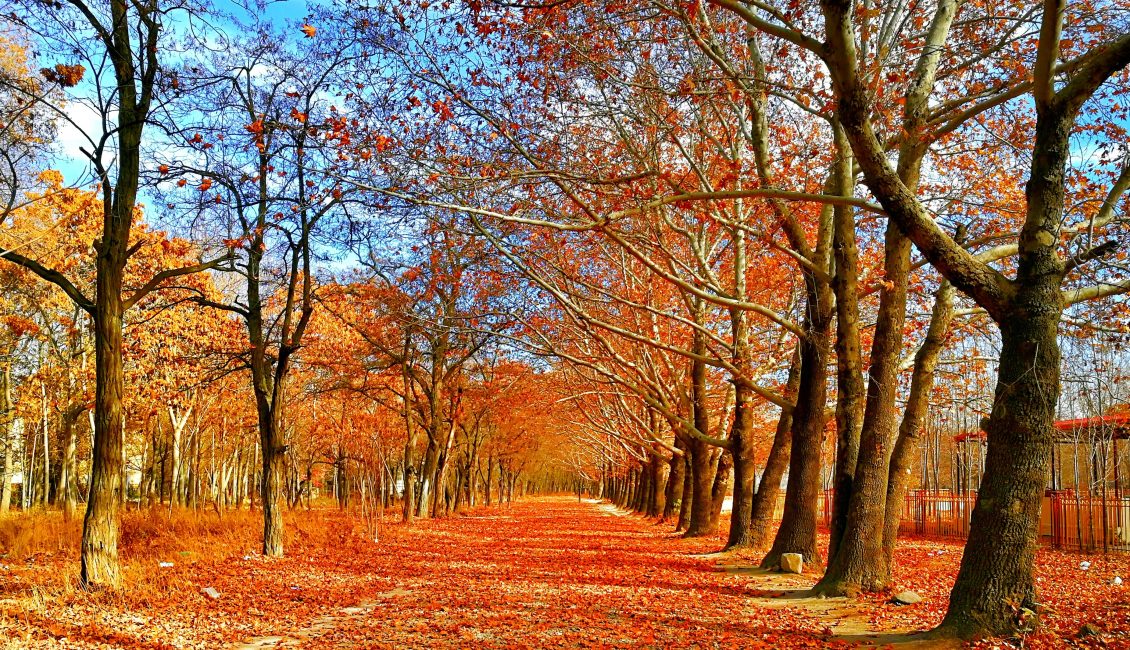 “The Pacific region is on the frontline of climate change”, he said. “That means you are also our important allies in the fight against it”

Koalas ‘functionally extinct’ in Australia, according to conservation group

Koalas are ‘functionally extinct’ in their native land of Australia due to widespread deforestation, a conservation group has said. The furry marsupials …

scene is pastoral, a summertime flush of petal and leaf adorns their surroundings.

LVMH partners up with Unesco in biodiversity program

LVMH partners up with Unesco in biodiversity program … next two years, including the Convention on Biological Diversity, set to take place in China at …

Research has shown that beneath every forest and wood there is a complex underground web of roots, fungi and bacteria helping to connect trees and plants to one another.

… meet in Kunming, China at the Convention on Biological Diversity Conference of Parties to set global biodiversity policy for the next decade.

Biodiversity: many species could be even more likely to go extinct than we realise

More than a million species are at risk of extinction according to a new report on biodiversity.

Scientists estimate: Half of tropical forests under hunting pressure

Hunting is a major threat to wildlife in tropical regions. A previous study led by Ana Benítez-López at Radboud University, showed that bird populations declined on average by 58 percent and mammal populations by 83 percent in hunted forests.

In 2010, parties of the United Nations Convention on Biological Diversity agreed to protect 17% of land and inland water and 10% of marine areas by …

19 May 2019 – UN Environment and the Ministry of Environment, Water, and Agriculture in the Kingdom of Saudi Arabia signed a strategic cooperation agreement today to strengthen environmental protection and safeguard natural resources in the Kingdom

Headline: Interest in protecting environment up since Pope’s 2015 encyclical

Just before Pope Francis released Laudato Si’, an encyclical, or formal letter from the pope, on the environment, on May 24, 2015, global concern for the environment seemed to be on the wane.

The Nature Champions Summit kicked off a series of multilateral meetings focused on building momentum towards 2020, when leaders representing 190 countries will come together with non-government actors for the 15th meeting of the Conference of the Parties (COP 15) to the Convention on…

… meet in Kunming, China at the Convention on Biological Diversity Conference of Parties to set global biodiversity policy for the next decade.

Are we actually making progress on the SDGs?

In 2015, United Nations member states, together with civil society and business, came together to prepare a blueprint to achieve a better and more sustainable future for all by 2030.

Iran to play an outstanding role in CBD

Khavazi made the remarks on Tue. in conference of “Convention on Biological Diversity” and added, “this issue will enable us to take maximum

A Global Deal for Nature is a plan which could avert a sixth mass extinction and reduce climate change.

So 1 million species are at risk of extinction. Now what?

The bleak environmental reports just keep coming. The latest declares that humans pose a threat to a vast portion of Earth’s plants and animals. But what can the public do with that kind of information?

The world recently discovered that disastrous deterioration in the health of most of the planet’s ecosystems means that a million species are threatened with extinction.

If we want to halt the extinction crisis, we need to embrace Indigenous worldviews.

Nature On The Eve Of Destruction — The UN Extinction Report

Humans have dammed a third of the world’s rivers. We have covered, destroyed or altered half of the world’s land surface. We use up most of the fresh …

The goal to legally protect 10 percent of the ocean was ratified under the Convention of Biological Diversity in 2010, and in 2015 it was added to the …

NAIROBI, May 20 (Xinhua) — Africa’s sustainable forestry management framework will be launched in early 2020 to guide the continent in sustainable exploitation of forest resources, an African Union (AU) official disclosed on Monday.

Ghana will join the rest of the world to mark this year’s International Biological Diversity Day on Wednesday, May, 22.

BOKÉ, Guinea – As he looks out on a landscape devastated by bauxite mining, Lamarana Camara remembers when chimpanzees would wander freely through the thick forests that once surrounded his village in western Guinea.

Facial Recognition To Be Used In Panda Conservation – Z6Mag

Raj to co-host WILD11 of World Wilderness Congress next year

Amount of carbon stored in forests reduced as climate warms

Accelerated tree growth caused by a warming climate does not necessarily translate into enhanced carbon storage, an international study suggests.

Has the politics of climate change finally reached a tipping point?

People increasingly see the environmental crisis as a national priority. This is an opportunity for bold action from government

RIO DE JANEIRO – After backing out of hosting the 2019 U.N. climate summit, Brazil has now canceled a United Nations climate change event that was to be held in August in the city of Salvador

“Over the past week, I have witnessed first-hand the impacts of climate change in the Pacific Island States”, the UN chief said in a statement concluding his visit to the region.

‘Earthworm Dilemma’ Has Climate Scientists Racing to Keep Up

Scientists believe that global sea levels could rise far more than predicted, due to accelerating melting in Greenland and Antarctica.