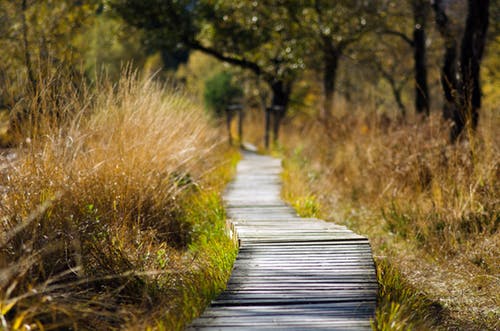 Will Deforestation and Warming Push the Amazon to a Tipping Point?

In an e360 interview, Carlos Nobre, Brazil’s leading expert on the Amazon and climate change, discusses the key perils facing the world’s largest rainforest, where a record number of fires are now raging, and lays out what can be done to stave off a ruinous transformation of the region.

Headline: Achieving Global Consensus on How to Slow Down Loss of Land

Expectation are high, perhaps too high, as the 14th Conference of the Parties (CoP 14) of the United Nations Convention to Combat Desertification (UNCCD) now into the third day of its two-week session being held outside the smog-filled Indian capital of New Delhi.

Tree cover is not enough for sustainable development, a global map of forests naturalness is also required

Global forest status assessments are biased toward tree cover and do not properly consider ecological properties of forest ecosystems.

Life on earth has always been marked by periods of extinction. 65 million years ago dinosaurs were wiped out, making way for other mammals to evolve, while before them the vertebrate species known as the trilobite dominated the planet.

The effects of a record number of fires burning in the Amazon since January may go far beyond Brazil’s and its neighbours’ borders, with wider impacts on the global climate, scientists warn.

The World’s Biodiversity Collapse Is a Business Issue

“Everyone needs to be seriously concerned,” said Cristiana Paşca-Palmer, executive secretary for the UN’s Convention on Biological Diversity, …

Because by regulating trade in over 36,000 species, the Convention has … I am here referring yes, to the Convention on Biological Diversity and the …

Cristiana Paşca Palmer, executive secretary of the U.N. Convention on Biological Diversity, called the fires that have torn through more than 1,300 …

Government officials, experts and activists from around the world gather in Nairobi this week to open talks on a global agreement to safeguard life on Earth, in all its forms. The 27-30 August meeting marks the official start of negotiations toward a new global framework for biodiversity.

CBD News: “Ecological Civilization: Building a Shared Future for All Life on Earth” is set to frame next year’s UN Biodiversity Conference, to be held in October in Kunming, Yunnan Province, China.

NAIROBI, Sept. 5 (Xinhua) — The international biodiversity conference taking place in Kenya’s Maasai Mara University has shed light on the growing contribution of China towards conservation of rare species in Africa.

China is expected to contribute its vision of an ecological civilization to help address the planet’s biodiversity crisis as it holds a United Nations biodiversity conference next year.

A decades-long conservation effort saved the giant panda, China’s national symbol, from the brink of extinction. There are around 1,900 giant pandas …