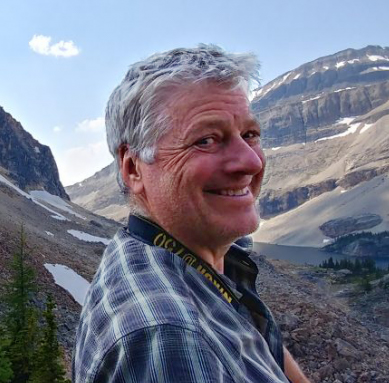 Harvey Locke is a conservationist, writer, and photographer. Known for his passionate public speaking in favour of Nature on every continent, he is a recognized global leader in the field of parks, wilderness and large landscape conservation. He is a founder of the Yellowstone to Yukon Conservation Initiative and of the Nature Needs Half Movement. His work has been featured in international films and television programs and his photography has been used in many publications in many countries. His popular writing has been published in English, French, and Spanish, he has co-curated art shows about Nature in major North American museums, and he has written many peer-reviewed articles. Named one of Canada’s leaders for the 21st century by Time Magazine, Harvey has been recognized with a number of awards for his work including the Fred M. Packard International Parks Merit Award by the IUCN World Commission on Protected Areas and the Queen Elizabeth II Diamond Jubilee Medal. Harvey received an Honorary Degree from the Faculties of Science and Graduate Studies at the University of Calgary in June 2018. He lives in Banff National Park, Canada.

For more information about Harvey